Proudly, we are a volunteer driven, community-based, non-profit organization that is working with its charity partner, the Media Arts Community Centre & Museum, on the creation of a much needed community-based media arts facility in downtown Windsor. Thanks to government grants and community support, we hope the facility open in part in summer 2022, pending covid restrictions. The two organizations are currently offering year-round virtual programs as listed on this site. On-site educational programs were offered from four different locations, but all have closed due to the pandemic.

Programs for adults include ongoing seminars an annual summit, private mentoring on career goals, a one-year diploma program, paid and unpaid internships, and more – for all ages and in all stages of life.

We are a major influencer on youth. Many teen participants later go on to post-secondary programs and return as staff. We began as a summer job training program and expanded into so much more! However, we have continued to hire young adults in full-time in summer, as well as part-time for freelance film camp teaching contracts throughout the year.

The ever-popular Film Camp for Kids & Youth is a year-round educational program that grows talent though education and experiential learning. The program teaches children and teens how to excel in a variety of creative fields, including filmmaking, animation, creative writing, photography, and visual arts. Skills are taught through week-long camps as well as one hour or three-hour tutorial classes – private and small groups. In the past we have had both English and French programs, as well las day and overnight camps. An an example, our week-long filmmaking camps place participants into mini production teams where they learn the fundamentals of screenwriting, storytelling, acting, cinematography, and editing in a span of five days while simultaneously creating a 5-minute short film. We also offers a variety of 1–3-hour classes that allow students to expand their skills in focus areas. Some of our most popular classes include Drawing for Animation, Introduction to Storyboarding, Photo retouching using Adobe Photoshop, Screenwriting for short films, and much more. These tutorials are offered year-round during evenings and on weekends. Along with live camps and classes, Film Camp for Kids & Youth has also created an on-demand video tutorial library, which contains over 30 2–5-minute videos on a variety of of different aspects of filmmaking and visual arts.  This tutorial library is used to further expand learning outside of the classroom. 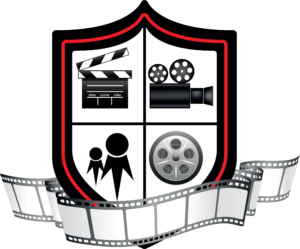